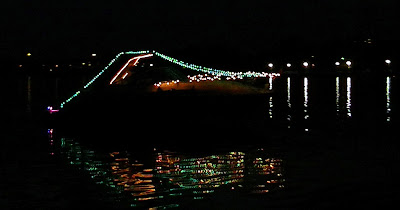 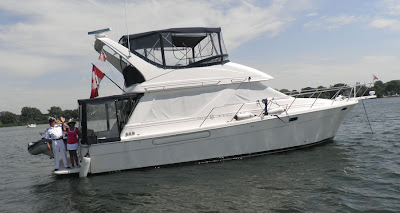 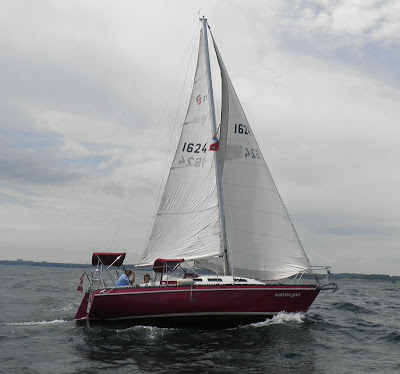 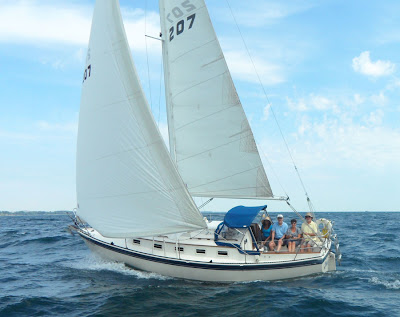 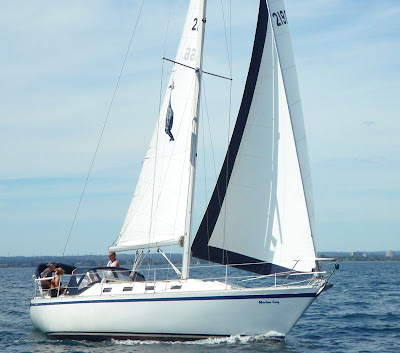 (Click on any image for a larger view.)
Posted by GxK at 8:24 AM No comments: 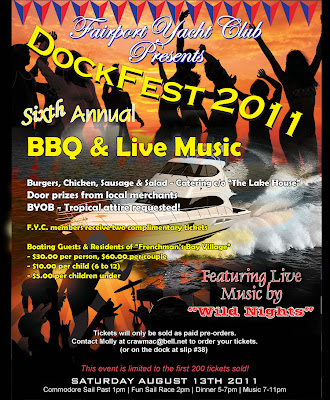 Click on the image for a larger view of the poster.
Posted by GxK at 10:42 PM No comments: 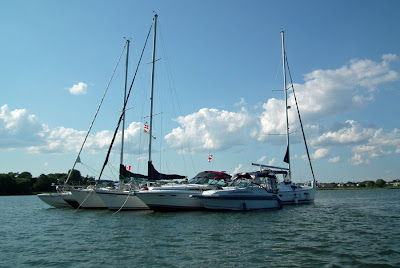 Other boats participating were Back Nine, Pugmunster, Doghouse, Dolce Vita, Chitz N Giggles and a no-name SeaRay 34 owned by Molly and Crawford MacFadyen.

The plan was to anchor out until about 6 p.m., conduct yacht denaming, renaming, or christening as required, and then head back to the dock for a ribfest BBQ/potluck dinner.

Alas, the septet did fall short of the Guinness World Record for a raft-up of 1,651 boats.
Posted by GxK at 10:17 PM No comments:

FYC is a full-service yacht club 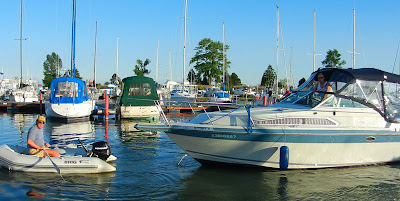 Why is the Vice-Commodore using oars despite the rubber duck having outboard power? Well . . . it seems there is a tow line wrapped around the prop.
(Click on any image on the site for a larger view.)
Posted by GxK at 10:06 PM No comments: